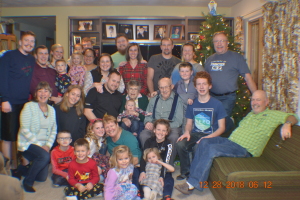 Ardath Wilcox was born April 27, 1925 to Leo and Ethel Hynes.  She grew up on a farm near Woodbury, Michigan with her brothers Glendon, Cecil, and Lynwood (Lindy).  During the teen years and into early adulthood, the family gathered every Sunday night for music nights.  They performed at local gatherings and events such as PTA nights.   Ardath also sang at various venues with a women’s trio.  After graduating from Woodland High School in 1943, she took a job at Union Bank in Lake Odessa.

Raymond Wilcox, her husband of 71 years, was the love of her life.  They met at the free movies in Sunfield.  They were married in 1947 and lived in the Sunfield area all their married life.  Into their home, were born Kendall and Lorraine.  Ardath delighted in being a stay at home mom and invested much of her time as a school volunteer serving in band boosters and other parent organizations.  She worked part time as a school librarian and later returned to Union Bank after her children graduated from school.

Ardath was active in the Sunfield United Methodist Church helping with Vacation Bible School, Sunday School and kid’s choir. She enjoyed making floral arrangements for the church, playing piano and singing in the choir, especially cantatas.  She volunteered as church treasurer for many years.  She was an extremely generous woman and often gave anonymously to those in need.

Ardath enjoyed many hobbies.  She loved sewing, gardening, home canning, entertaining and all kinds of music.  She learned to golf at the age of 54 and won the local league championship the next summer.  Green and white became her favorite colors as she loved to attend MSU basketball with her husband Raymond and her brother Lindy and his wife Beth Hynes as season ticket holders.  But her greatest pleasure was supporting her family in all their endeavors.  Ardath and Raymond rarely missed an event.     They became regular fans at Maple Valley, Lakewood and Portland following grandkids’ ball games, concerts and award programs.  They made friends wherever they cheered and became team “grandparents” to many kids besides their own.

The past two years, Ardath and Raymond were blessed with in home care by Luminate Care of Lake Odessa. Ardath enjoyed the company of her caregivers as well as their gifts of word search books.   She will be missed by her friends from Luminate.

On Tuesday night she enjoyed what she described as her “best birthday ever” with a family birthday dinner. Later that night, she had a stroke and passed away peacefully surrounded by family.  Trusting Christ as her Savior, she is now enjoying a stress and pain free life with Christ.

Please visit a special page created for Ardath to leave a condolence for the family:  www.RosierFuneralHome.com The family has entrusted the arrangements to the Independent Family Owned Funeral Home in Sunfield:  Rosier Funeral Home.

To send flowers to the family or plant a tree in memory of Ardath Arlene (Hynes) Wilcox, please visit our floral store.