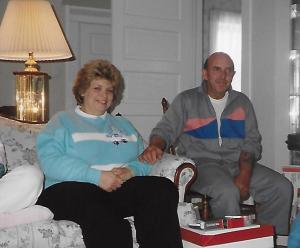 Gerald E. Lade of Sunfield died peacefully the evening of January 17, 2019, in Lakeland, Florida.  He was 87 years old.

Jerry was born on March 19, 1931, in Grand Ledge, Michigan, to George and Ina (Hatch) Lade.  He attended school in Grand Ledge.  He was a farmer and heavy equipment operator.  He also worked for a time at Fisher Body in Lansing.

Jerry joined the Army in 1948 at age 17.  He was initially stationed in Japan.  When the Korean War broke out his unit was one of the first sent to Korea.  He re-upped his enlistment in 1951 in Seoul, Korea.  For his service Jerry was awarded the Occupation Medal (Japan)—the Korean Service Medal with 4 battle stars---the Korean Presidential Citation---as well as a Unit citation for the National Defense Service Medal.

Jerry owned a farm south of Sunfield for many years.  He and Sue liked spending their winters at their place in Lakeland, Florida.  He was an avid hunter and golfer, and enjoyed doing work for the Centennial Acres Golf Course.

Jerry’s services will be held 11:00 am Tuesday January 29, 2019 at Sunfield United Brethren Church with Pastor Heather Nolen officiating the service, with full military rights to follow. There will be visitation/viewing 10-11 am Tuesday also at the Church.  Interment will be in the Sunfield Cemetery.

In lieu of flowers, memorial contributions for Jerry may be made to the Sunfield Area Sponsors of Programs for Youth (SPY’s) either through the funeral home or sending them to: The Sunfield SPY’s; 2543 Eaton Highway; Sunfield, MI 48890.

Express your thoughts and memories in the online Guest Book at www.RosierFuneralHome.com.  The family is being served by the Independent Family Owned Funeral Home in Sunfield:  Rosier Funeral Home.