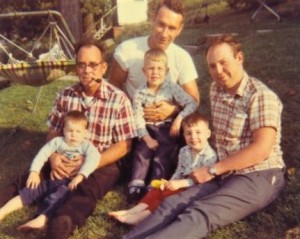 Max Edward Kenyon, 74, of Portland, MI passed away unexpectedly at home on December 19th,  2018.  He was born on April 28, 1944 in Portland, MI to Henry and Hilda (Osman) Kenyon.  Max attended school in Portland and in Sunfield.  He was retired from the State of Michigan, Department of Public Health, where he worked as a Machinist and Maintenance Mechanic.  Prior to his job at the Health Department he also worked at Demmer Engineering as a Machinist.

Max was a Vietnam Army Veteran and a life member of VFW Post 701 in Lansing, MI.

Max was preceded in death by his father Henry on April 30, 2004 and his mother Hilda, who passed just one week prior to Max’s death.  Also preceding him in death were his nephew Brad Kenyon and Brother-in-Law Reg Butts.

Max enjoyed fishing and anything to do with a tractor or piece of equipment; from mowing lawn to tilling the garden.  He also enjoyed playing Keno and spending time with his friends while having coffee or beer at the Roadhouse in Mulliken and the Townhouse in Woodland.

Visitation will be held from 5 to 8 pm on Wednesday January 2nd and the Funeral Service will be on Thursday, January 3rd at 11 am with visitation 1 hour prior to the service.  Both the visitation and funeral will be held at the Sunfield United Brethren Church at 8436 W. Grand Ledge Hwy, Sunfield, MI.

Please visit a special page created for Max to light a candle or leave a condolence for the family: www.RosierFuneralHome.com The family has entrusted the arrangements to the Independent Family Owned Funeral Home in Sunfield: Rosier Funeral Home.

To send flowers to the family or plant a tree in memory of Max Edward Kenyon, please visit our floral store.