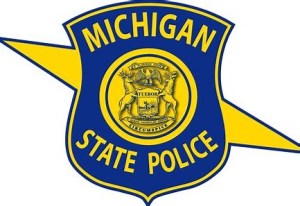 Ken was born to Vernon S. & Ruth L. (Lehman) Newton on June 1, 1944 in Hastings and was raised in Woodland, Mich. all of his childhood, where many of his lifelong friends still reside.

As a young man, he enjoyed hanging out with his cousins and friends, as well as participating in many of the activities that the Woodland school had to offer.  He performed in school plays, but also enjoyed baseball, basketball, and football (where, due to limited team members, players were often asked to play offense and defense in the same game). The small-town boys loved the challenge and all the action. Go Woodland Wildcats!

As Woodland merged with Lake Odessa during his high school years, Ken added a new wave of friends from the once rival town!  It was in high school that he met and later married Elaine Beard, and they were blessed with their daughter, Angela Marie.

As Ken graduated in 1962, the World's Fair in Seattle called his name along with some of his friends.  Perhaps this is where his lifelong love of exploration began.  After returning from the adventure out west, he completed heavy equipment school, but decided instead to pursue a career with the Michigan State Police. He signed his oath in 1965 and worked his way through the ranks from Trooper to Detective Lieutenant.  Over the 25 years he served various posts throughout the state, including years of undercover in the Detroit area.  Although we are sure there were some pretty scary times, he only shared the entertaining moments!

Other summers, he drove semi-trucks for several rock and roll tour groups all over the country, including KISS, Back Street Boys, U2, and Mary Chapin Carpenter.  He also enjoyed riding his MSP Harley Davidson Road King motorcycle, with a couple of trips to California, with special memories at Bixby Creek Bridge!  Other trips included visits to Montana, Colorado, the Grand Canyon, and driving to Alaska and back with his truck and camper.

Over the years, he visited all the states except Hawaii. Always the adventuresome type with a love for exploration, he more recently added an amazing climb to the top of the Mackinac Bridge with his daughter Angie (she was terrified to make the climb but was confident in doing so because Ken was with her!), and a fun bus trip to Las Vegas.

As he settled down with his boat in Florida, he would proudly send pictures of his new backyard (all water) as he was floating, or docked at a new port.  With a book, his laptop, and some sunshine, he was a Happy Guy!  As an avid reader, he held library cards from around the surrounding areas for quick access to new books; and carefully logged each title on his computer, so he wouldn’t waste time reading the same book again!

Ken always enjoyed hearing about the cold Michigan winters while he was enjoying Florida’s warmth and sunshine.  Periodically, it would get so frigid in the North Country that he just felt sorry for everyone.

For the last few years, he has enjoyed life with dear friend and now wife Phyllis Wilcox as they adapted to the Punta Gorda, FL lifestyle in the winter months, plus meeting his MSP friends for breakfast once a month there, and then back to Michigan. in the summer to reconnect with family and friends, including alumni banquets, family reunions, ice cream socials and Woodland Homecomings.  He also loved spending time with some of his former school pals at the Woodland Senior lunches, where they awaited the funny antidotes that only he could tell!

Ken’s faith began as a young man, and believed he would join his parents and grandparents in Heaven when it was his time. However, he will be dearly missed by his wife Phyllis Wilcox of Sunfield, daughter Angie & John Sucich of Belleville, MI; siblings; Yonna & Eugene Venton of Marion, NC; Brenda & Jon Brownell of Starke, FL; and Tom & Kim Newton of Woodland, as well as many special relatives, including Uncle Howell & Kathy Newton of Alto, Aunt Phyllis Lehman of Lake Odessa, and dear friends around the country.

As we celebrate Ken’s life-well-lived, as a devoted son, brother, father, husband and true friend, let’s remember his message from the words of one of his favorite songs, also engraved on his headstone: “I Hope You Dance!”

In Lieu of flowers, donations may be made to: MDS research, Family of Michigan State Police Fallen Troopers, or the American Red Cross.

To plant a tree in memory of Kenneth Lazern Newton, please visit our tribute store.