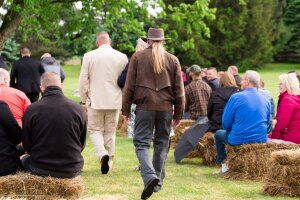 Stanley Jay Rice of Sebewa Township passed away peacefully, but unexpectedly, on January 17,2022 surrounded by his loving family. He was 66 years old.

Stanley was born on December 21, 1955. He was the fourth son born to Bernice (Holzinger) Rice and Eric Rice of Sunfield. He spent a fair amount of his childhood living with his family in Arizona, but they returned to Sunfield in the mid 1960’s and lived on Jackson Street. He spent his high school years working for Elliott’s IGA in downtown Sunfield, but after graduating from Lakewood High School in 1974, was hired by Hough Brothers where he worked until transitioning over to APEC in 1992 at that company’s inception. Stanley was looking forward to starting his retirement from APEC in February when he would hit the 30-year mark.

Stanley was a quiet man of few words but was passionate about many things. He took tremendous pride in his kids and grandkids and took time out to teach them each the skills and importance of hunting, fishing, growing your own food and how to have a healthy appreciation for rock and roll music. The secret is, you listen to it REALLY LOUD. An avid stargazer, lover of nature, history and music. A faithful and loving companion, father, grandfather, brother, uncle, and treasured friend; he will be greatly missed.

Stanley is survived by his loving wife of 44 years, Donita (Musbach) Rice. Children, Jessica (Victor) Stank, Nicholas (Sadie) Rice, and Alec (Kasey) Rice, his ten grandchildren, his brothers and sister, many treasured nieces and nephews and special friends. He was preceded in death by his parents Eric and Bernice Rice and sister Pamela. He was also preceded in death by good buddies Hoffa, Gopher, Lee, Jim, Jim and Ron.

To send flowers to the family or plant a tree in memory of Stanley Jay Rice, please visit our floral store.

A Memorial Tree was planted for Stanley