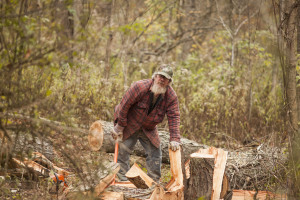 Steven ‘Steve’ Joseph Goble was a loving husband, father, friend and sportsman. He conquered cancer three times, prior to his passing. He died surrounded by family on January 27, 2022 in Lansing, MI at the age of 66.

Steve graduated from Grand Ledge High School in 1973 and became a Metal Model Maker at GM and then happily retired early to a life of fishing, hunting and remodeling. His passion in life was spending time up at the family cabin, which was a family restoration effort where fond memories have been made. Steve was very proud of this little gem in the woods and would have moved there, but then he would have needed another more northern cabin to ‘get away’ to. Steve loved the outdoors and fishing, and through all of his treatments, his goal was always to get out of the hospital and back to the cabin.

Steve is preceded in death by his son, Steven Travis, and his parents, Frank and Donna Layman, and survived by his wife of 46 years, Connie (Keusch), children, David, Christopher, Alissa  (Kenton) Rauwerdink, and Evan, grandchildren, siblings and many very special close friends. A funeral mass will be offered for Steve on February 2, 2022 at St. Edwards Catholic Church in Lake Odessa, MI at 11AM, with visitation times from 6-8PM on February 1 and at 10AM prior to the funeral mass.

In lieu of flowers family and friends may request a memorial mass be offered in Steve’s name.

To send flowers to the family or plant a tree in memory of Steven Joseph Goble, please visit our floral store.